Language
Where Am I?

System DATCOM-RTU is intended for monitoring technological processes, transferring recorded data to superior system, watching limiting values, and transferring alarm reports by calling to superior system and regulating slow processes (max.0,5Hz). This system is also constructed for measuring signals coming from hazardous area, while some of its modules can be directly placed in this area.

Into system can be, according to concrete application, integrated selected modules with mounting on DIN lath, display unit for placing into door of switchboard and temperature and pressure transducers, which can be placed even to hazardous area. For measuring random quantities can be used even transducers from other producers, which have standard outputs.

Use of system is multipurpose, individual blocks can also be placed separately, for instance one part in telemetric switchboard and other part near the measured object (placing in box with shielding). 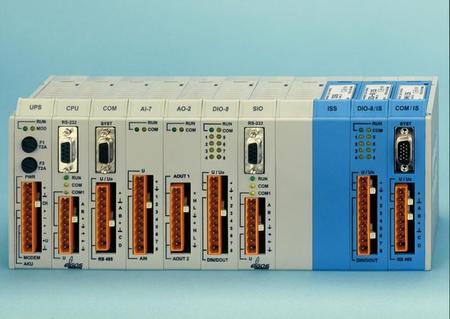 Characteristics of the whole system can be summarized into following points: